August 28, 2015, a very hot one in California.  Tajlyn managed to book a random show this night from meeting a fellow from the previous Saturday where we played a show in Auburn.  Side note to those thriving musicians – don’t stop playing during your set even if you are just playing for the bar tender(s).  A booker from another venue may just show up a half hour before your set is up and want to book you at their venue because they think you rock…..

We were staying about an hour outside of Sacramento.  Up in the mountains it was in the high 90s.  Feels great, the dry heat.  We were at the last few days of staying with some very good family friends in California before we headed back east.  It was the second to last show of the west coast tour.

With Mondo – The Gig Dragon loaded, Taj and I headed down the mountain and to Sacramento we went.  As we headed down I-80 West, the point where you can see the skyline of Sacramento, shortly after New Castle and before Rocklin, I see this huge cloud of smoke coming out the right side of the skyline.  Immediately having flashbacks of the previous August and having lived in the path of the King Fire, I became nervous.  I told Tajlyn not to mention anything about the smoke, which was most likely a fire, to mother if and when she called us (and she called us whilst we were right outside of Sacramento – the smoke was ridiculous and there was only one helicopter fighting the wild fire from the sky).  I could tell it wasn’t anything the firefighters couldn’t handle because everything was as if there was not a fire going on, so I kept my cool.  The temperature was getting close to 110 degrees fahrenheit, but inside the Gig Dragon was nice and cool.

We found the venue –New Helvetia Brewery – on the outskirts of MidTown, right on the corner of Broadway and 18th.  I couldn’t see or smell any smoke, nor did I hear any sirens.  It was time to put that fire in the back of my mind and focus on some good times.  This was a happening place.  Fair amount of people and dog lovers.  Tajlyn was just about half way set up when I noticed she did not look very good.  I thought she might pass out – the heat was getting to her.  It was close to 110 out.  She slowed it down a bit and re-grouped herself, re-hydrating.  With the help of some time passing, the sun going down and a large fan being turned on, Tajlyn looked like she was good to play.

I had forgotten the camera, but managed to grab a little bit of footage on the Cool Pad (generic version of an iPad).  Tajlyn played a great set.  A new friend we made that night even got me to play the doumbek along with Tajlyn – I guess I did an all right job.  We made more than a few new friends that night – from all over the world.  Two entertaining brothers from Mexico, a nice woman with an English accent, two cool guys from Nepal, a cool guy from Canada who had two really cool dogs and several other people whose country of origin I did not catch, but they were all very nice and fun to be around. Pretty awesome 🙂

Definitely want to go back to New Helvetia Brewery for another gig and night of great company and music.  Not to mention their beer is super awesome AND they have Kombucha on tap 🙂

Here is the link to the fire that was going on during this gig: http://www.sacbee.com/news/state/california/fires/article32692665.html

Here are some photos & video footage from that night too!  Taken by multiple people…..

Thanks for reading!  Til Next Time – Casandra

One thought on “Just Another Wild-Hot, Fire-Filled August Night In Sacramento” 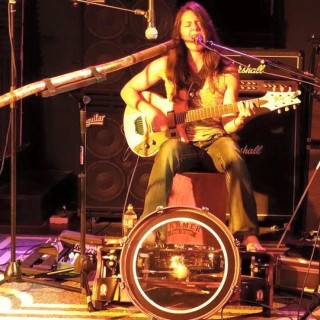